Smoke testing consists of blowing harmless, odorless smoke into parts of the sewer or storm drain system to locate damaged pipes, identify improper connections, and show areas where unwanted storm water may be entering the sewer system. Properly installed pipes will not show signs of smoke in areas other than roof vents.  Defective seals and illegal connections will show signs from smoke and identify the deficient locations such as yard drains or rain gutters.

Smoke testing is an efficient method to test large parts of the system at a lower cost.  Smoke testing provides a benefit for locations with access issues.  Coastal areas where storm drains should not be exposed to outside liquids and solids can use this technology to detect deficient areas in the system. Remember that “Nothing but rain in the drain” applies to storm drain systems. 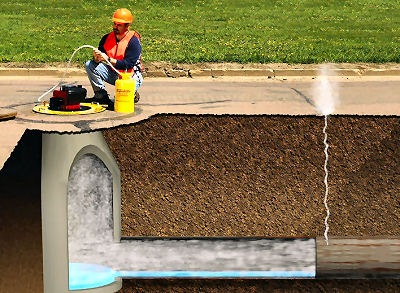 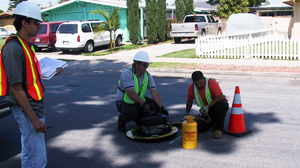